My family was very blessed to have Dwight come out to our families home to make a connection with our 15-year-old golden lab we knew that she might have been struggling and we felt that she was trying to tell us something when we looked into her eyes. When Dwight arrived he immediately layed down by her side it was amazing to see her lift her head because we knew she was tired and then tilted her head towards him raising her paw at him, it was a sparkle in her eye I hadn't see. it was as if she knew that he was there to share her words he stroked her head gently and she starred at Dwight, pressing her nose gently to his face, her movements were exactly as if two humans were carrying a conversation the interaction was precious!as if to tell him I have so much to tell you he sat with her and really became part of her it was amazing to watch her perk up and to tell her story it brought tears to my eyes to know that she was telling him all that she wanted us to know, Dwight informed me of what she was needing and what she wanted us to know which made the last few months of her life so precious. I am so grateful that Dwight was able to reach out to her and to let us know what she needed in her final months. I will never forget that precious moment when I knew that she knew that her words were being spoken. The words that Dwight spoke from our girl were exactly what she loved as a puppy and the things that she loved to do when she was younger, he had confirmed to us that she loved her life and she was happy and that she was OK. We are forever greatful for the words we got to hear from our girl, and know her life was full, she knew she was the "Queen" of her home and I laughed that he brought that to us.... for she was and she acted that way! Thank you Dwight for sharing the gift of words and thoughts from our little angel.
​Tracy

I've reached out to Dwight a few times and he is spot on with each animal every time. Most recently he helped me with our 9 month old male kitty, Milo. I discovered a large lump in the side of his neck and realized it wasnt there a day before. I sent Dwight a picture and after connecting with Milo he told me that Milo said his head felt hot and he couldn't focus, that he was hungry and thirsty but had no desire to eat or drink anything. Luckily I was able to get Milo in to the vet right away and they discovered an abscess that needed to be drained under sedation. Milo and his sister Mila play pretty rough sometimes and we believe she got a claw in him and it became infected rather quickly. Milo had a drain tube in for two days and has been recovering very nicely since the appointment and tube removal.

We are happy that Milo connected with Dwight despite the unspoken rule from "the Queen" (pictured above) that no-one is to speak. Or Milo just doesn't follow her rules. Either way I am so thankful to Dwight for his assistance with our family.
***
Dwight is wonderful and just has a way with animals! He has a great connection and it's amazing to watch!​ 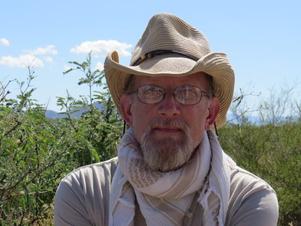 At this current time, due to the high volume of reading requests, there is a wait time of 3-6 months unless a medical emergency.  Please check back regularly as new appointments may become available and will be announced here.

I first reached out to Dwight to connect with my 15-year-old kitty because she was being unusually vocal. He picked up on some amazing details regarding her personality, and put my mind at ease about her health (she just had some achy joints due to the weather). I recently asked Dwight for his insights again because the same kitty was not acting like herself. He looked at a photo I had taken that morning and he told me she wouldn't say much, but she had an upset tummy: perhaps she had eaten something bad, but she should be ok in a few days. That's when I let him know she had been vomiting uncontrollably and was hiding from me. I later found out from my veterinarian she had Giardia which was easily taken care of with some medicine and rest. Having Dwight communicate with my girl truly put my mind at ease, and gave me the patience needed to allow meds and quiet time to cure my kitty. His gift gave me a gift, and I am truly grateful.
Rebecca in Tucson

Dwight Hull has an amazing gift to speak with animals that have crossed over. After losing two furry family members very unexpectedly within 5 months time, I was heartbroken to say the least. Dwight immediately connected with my dog that had passed away the day before I met with him. He also connected with our dog that passed 5 months prior. Before seeing him, I had little to no answers to what caused their passing. He answered those questions for me. Thank You Dwight
~ Kerry 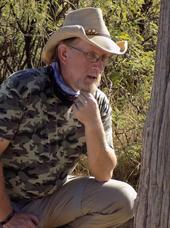 ***Disclaimer***
Dwight is not a  doctor or lawyer – for medical or legal expert advice, please consult with a professional!


Dwight has been investigating the paranormal for more than 34 years. Born and raised near Cleveland Ohio, Dwight has experienced his share of paranormal experiences during his childhood which lead him to his first investigation in 1984. Over the years, he has been involved in thousands of investigations and has actively investigated Tombstone Arizona for 21 years. His well known haunts include: Alcatraz Prison, Terminal Tower, Sherwood Forest, Tower of London, the Bacardi factory, the Queen Mary, Mansfield Prison and many more.  His background in the military and as a police officer lends to his expertise in the paranormal field.

Dwight was the featured investigator on the 2009 episode of Ghost Adventures at the Bird Cage Theater in Tombstone Arizona.

Not only is Dwight an seasoned paranormal investigator but also a gifted animal communicator or pet psychic.

Dwight has been communicating with animals both living and those who have crossed the rainbow bridge since he was a child.  A gift passed onto him by his grandmother who not only helped him understand what was happening but also helped Dwight develop this unique ability.

His  goal as an animal communicator is to raise awareness and advance the relationships between human and non-human animals, on both the personal and spiritual levels. It is through his communication work, that he guides people to deepen their connection with all species in an respectful manner, and is inspired by being a voice for domestic animals as well as animals in their natural environments.

What you should know before scheduling your session with Dwight

Dwight has been communicating with animals both living and those who have crossed the rainbow bridge since he was a child.  A gift passed onto him by his grandmother who not only helped him understand what was happening but also helped Dwight develop this unique ability.

His  goal as an animal communicator is to raise awareness and advance the relationships between human and non-human animals, on both the personal and spiritual levels. It is through his communication work, that he guides people to deepen their connection with all species in an respectful manner, and is inspired by being a voice for domestic animals as well as animals in their natural environments.

Unlike people, animals usually don't use their voice but more often show him visual pictures to get their message through.  Dwight is the messenger. It is his job to tell you exactly what he see's, hear's and feels. Your job as the receiver is to remain as open as possible.

​Animal communication sessions connect you to your animal’s thoughts, emotions and energy. This allows you to deepen your relationship with your pet on a soul level. It also allows you to reach solutions and resolutions through understanding and love and to learn “what makes them tick”.

Dwight is an extremely gifted pet psychic who may be able to assist you. Please email for for consult information. There is never a fee for his service.