Sage
[Sage Smudge Stick] The use of sage is for healing. The smoke is used to bless, cleanse and heal the person or object being smudged. Sage is used to 'wash off' the outside world when one enters ceremony or other sacred space. Objects are likewise washed off with sage medicine smoke to rid them of unwanted influences.The plants that are called sage can come from very different families of plants.

Cedar
[Sage Smudge Stick] Cedar is a medicine of protection. Cedar trees are very old, wise and powerful spirits. Cedar is often used to cleanse a home or apartment when first moving in, inviting unwanted spirits to leave and protecting a person, place or object from unwanted influences. Cedar is used as a name for a number of different genuses of trees and shrubs.

Sweetgrass
Also called Seneca grass, holy grass and vanilla grass. This very special herb's sweet vanilla-like scent is the breath of the Earth mother, bringing the blessing of Mother Earth's love. Sweetgrass is burned to remind us of essence of the feminine and that the earth provides us with everything we need. Sweetgrass can also be be unbraided or trimmed with a scissors into small pieces and sprinkled on hot Charcoal Tablets. Allow the sacred smoke that follows to wash over the subject of the blessing. The sacredness of the Sweetgrass herb then sustains the smudging process. Use a smudging feather if you need to douse the flame or promote more smoke.

Copal
This is tree sap from Mexico that is similar to Frankincense. When burned it has a crisp, clean, sharp scent that is almost citrus-like. Copal is sacred to the native peoples of Mexico, as it is a gift 'pleasing to the gods.' Because copal is the blood of trees, it is offered to honor the enormous gift given to us by all of the tree people of our planet. Burning Copal is best done on Charcoal Tablets.

Frankincense
At one time both Frankincense and Myrrh were considered to be more valuable than gold. Used to embalm the bodies of the Egyptian Pharaohs, this tree resin is considered to cleanse and protect the soul. Frankincense became important to most every major religion in the world and is still used in Muslim, Jewish and Catholic rituals. Frankincense is said to ease depression and promote clairvoyance. Burning Frankincense is best done on Charcoal Tablets.

Myrrh
This tree resin is said to help one maintain a state of enlightenment. It also connects one to the spirit of youth and clears the path of debris that stands in the way of one's truth. Burning Myrrh is best done on Charcoal Tablets.

​​Burning  palo santo sticks welcome creativity, love, and good fortune into your space. The wood can help brighten energy and promote feelings of positivity and joy. The scent is also shown to reduce stress and anxiety, and enhance clarity and concentration.

Research has shown that the smoke from a variety of herbs is highly effective in reducing airborne bacteria. The smoke’s ability to purify and disinfect the air was maintained up to twenty-four hours. Many of the pathogenic bacteria had not returned to the same room, even after 30 days.

Smudging works by neutralizing positive ions in ourselves and our surroundings. Positive ions have been proven to cause migraines, depression, anxiety, irritability, anger, and exhaustion. By releasing negative ions into the air by smudging you are removing the positive ions allowing yourself to release past hurt and anger.

What sets me apart from others in this field:

I was taught by my elders how to read the smoke during my smudging ceremonies.

The flow of the smoke allows me to read the energy in any particular area,  object or person and permits me to interpret where there might be stagnant energy or areas that need addressed. ​ 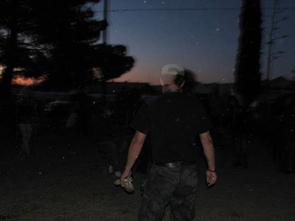 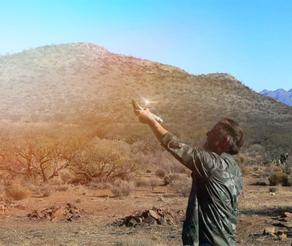 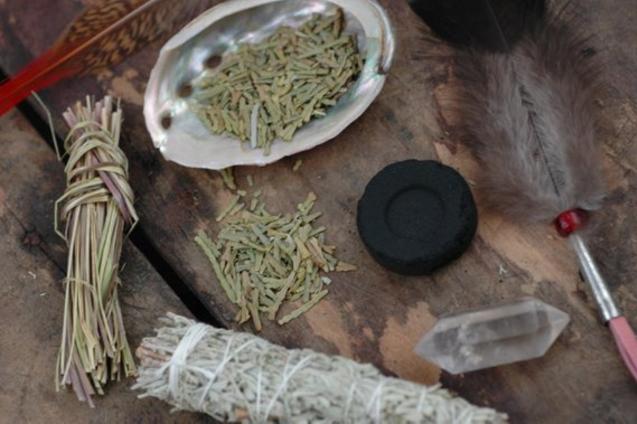 A smudging ceremony is a custom of Native American and other indigenous cultures. For centuries many cultures have used smudging as a way to create a cleansing smoke bath that is used to purify the body, aura, energy, ceremonial/ritual space or any other space and personal articles.

​Did you know that our spaces (homes, business offices, land) are alive? Every space holds energy of the past and the present.  All of the emotions and energies that have transpired in a space will continue to transpire in a space until they are removed. Space clearing is a potent way to clear and cleanse a space of any negative or unhealthy energies or emotions. It infuses your space with a gentle and loving energy that will immediately uplift you. This is an experience that restores your happiness, joy, hope and faith.

We All are energy in human form.  Just as the energy in our bodies can become stuck, so, too, can the energy in our homes and offices. Everything from the walls to the furniture and even personal items can take on human emotions on an energetic level, built up over time from the many transitions that our lives go through:  birth, death, marriage, divorce, and hardships.  Space clearing cleanses and uplifts the energy within a physical area, creating a sense of lightness and clarity.

A space clearing ceremony allows for the purification of stale and stuck energy.  Negative, stuck or stale energy is created  from human  attachments,  residue from previous occupants, and from those who have transitioned from the earth dimension but haven’t crossed over.  A space clearing consecrates your home or office and helps spirits move on, allowing you to reclaim space.

If you have been trying to sell your home and it seems as if you are in a holding pattern,  a space clearing may be the answer.  The cleansing will help you release any attachment to the home and also helps any spirits residing in the space to accept new owners.

For businesses, a space clearing can create an environment that will attract new projects, stimulate new ideas and draw valuable new people into your arena.  The possibilities are endless.

A space clearing session opens pathways for energy to flow; allowing you to let go of old patterns and embrace forward movement, feeling grounded and connected to Spirit.  It is a soul-centered clearing!

Why Would you Need an Energetic Clearing?

– Selling a home
– Arguments, intense emotion, trauma, divorce, illness, death, etc.
_ A pre-teen or teenager with a lot of angst
– Feeling like there is “something” in the house or disturbed sleep
– Feeling like you’d rather not enter your home or office
– Children who see things or are afraid of parts of the home
– Build-up of electromagnetic pollution from wireless devices
– Visitors who left their negative energy or an entity behind
– Unexplained mood shifts, fatigue, or physical pains when in specific rooms
– Animals who behave nervous or erratic
– Old structures or land with an interesting history
– Desire to bring new vitality to a space